The design is a struggle between expressing the concept and providing the required exhibition space within a limited space, and the concern for its size is very limited but still required to have its own attraction and uniqueness for the World Expo in Shanghai.

This tension between limited physical space and unlimited super-physical potential becomes the basic elements of the Hong Kong Pavilion. The pavilion represents a city with a physical boundary slashed to unfold its infinite dimension – the imaginative VOID where ideas go beyond any physical boundary.

This vast dimension is made by infinite reflections generated by reflective membrane on its sky and floor, which also brings in the surrounding environment to give unbounded space. This VOID forms a distinctive visual element to the pavilion’s appearance and catches the visitors’ attention from a distance.

The pavilion’s sensuous skin made of polyethylene non-woven textile waves with wind and subtly altering its texture and lighting, adds a dimension on the intangible relationship between man and nature.
Vertically, the VOID divides the pavilion into 3 sections; which from the bottom up, represents the 3 levels of city development in Hong Kong.

The second level expresses the endless creativity and idea exchange. Infinite reflections and interactive monitors are embedded on the undulating platforms interact with LED lights on the columns, turning the space into a transparent field for information trading; which in turn becomes an open platform for art performance and cultural exchange between different cultures.

From the distinctive experiences through the three levels, the visitors are called to rethink on the position of cities and the true meaning of a better city, better life.

The plans resemble city blocks packed closely together. Small, scattered columns of different orientations are used to dissolve the rigidity of the structure and to enhance the “floating” effect. 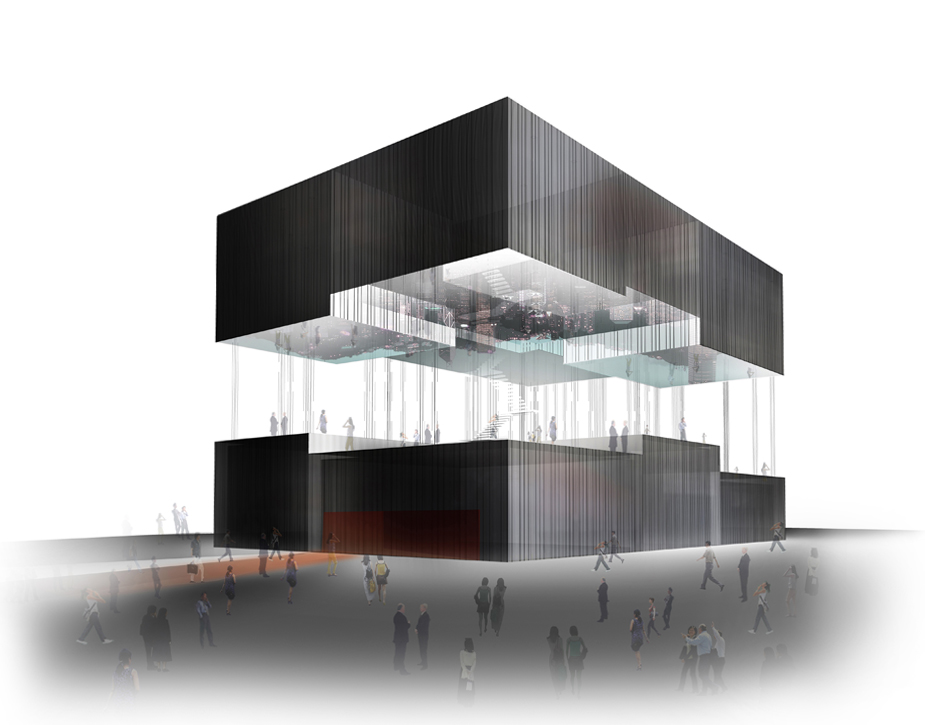